skip to main | skip to sidebar

Morris Off Our Shit List...for now

Derek Morris ("Dmo") was quickly becoming the new Mark Mowers of Section 311. Seemingly all passes to Chara were not crisp and his decision-making was poor. $3.3M, folks. I was convinced that his poor play was the reason the Bruins power play was powerless. Yet as of last night, with 2 assists in the final two minutes of the game to bring it to a tie, he has - at least temporarily - stopped sucking. 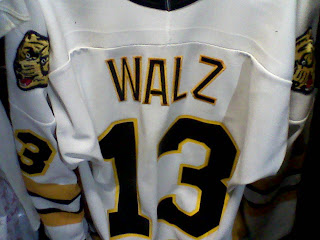 Cleaning out my basement yesterday, I came across my sister's old Wes Walz jersey. Back in the early 90's, she was a huge B's fan and her favorite player was Wes Walz. She left the Bruins religion when Joe Thornton was traded. 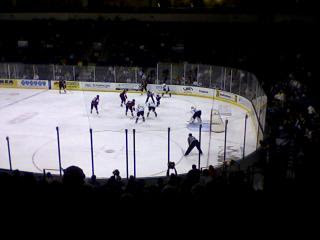 The Mayor very recently partook in a Confederate Flag Hockey Game in Austin, TX. Here is the view from his seat. Observed The Mayor, "There is nothing to do around here but drink cheap beer."
Posted by Section 311 at 10:19 AM